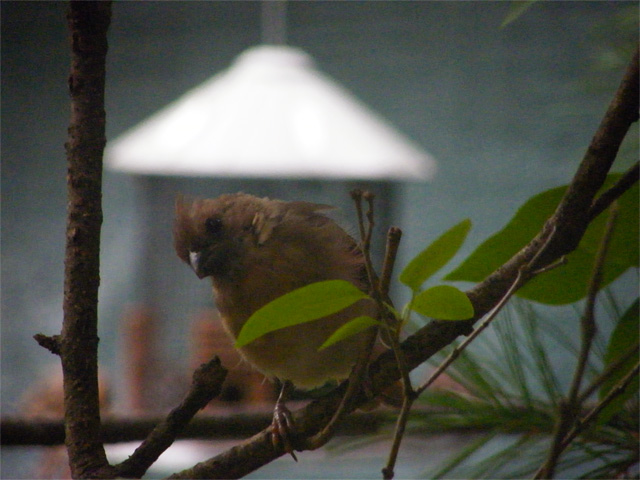 We have several juvenile Northern Cardinals hanging out this fall at our backyard feeders! They’re very entertaining trying to get their turn at the seed feeders – mainly the sunflower seed tray. They hiss like a snake at smaller birds that try to cut in, but peep loud and fly off when a bigger or more dominant bird comes crashing in!

Need a new Feeder, Seed, Camera or Book for your birding? Check our Amazon Store!